The values held by a culture affect the way people from that culture behave, the way they relate to others, and the way they think of themselves. Americans value independence, self-reliance, and competition. American culture is competitive. There is always a contest to be won or a prize to be had. Americans always want to be first, to be the best, to be the champions. Americans are called cowboys not just because of romantic images from the period of westward expansion, but for impetuous and unrestrained actions, open competition and direct speech. Americans are committed to the notion that each person is unique and has something to contribute. Chinese value compromise, the group, and social harmony. Chinese culture is cooperative. Where an American will challenge; a Chinese will try to mediate. Where an American will assert individuality, a Chinese will relinquish personal status to preserve the harmony of the whole.

On the whole, Chinese people are more aware of other cultures and more cognizant of world events than most Americans. American media outlets in the US provide limited views of events in other countries. Even the major US news services which promote World News programs focus almost exclusively on events or stories being followed in the US. How much importance did O.J. really have in world affairs? And the other stories followed by US media? In the US, the view normally presented is a view of the world from within US borders; not a view of the world as it exists from our perspective. While the BBC has maintained a standard for excellence in journalism that is as disctintly British as it is honorable for the profession, the Voice of America has limited itself to a narrow range of views and presents only a tiny window for other people to access American culture.

Consider regular news programming. In the US, the national evening news usually starts with coverage of events in the US. Local news programs cover regional and area stories. During the national news, there is only limited mention of US interactions with other countries, unless there is some crisis. The activities of the President will be covered, but may only include domestic items. International news segments that focus on events in other countries are limited and often only provided as part of some special programming.

By contrast, the national evening news in China generally keeps a standard format which regularly includes segments from other countries. International news is presented first, focusing on the Prime Minister and his activities and interactions with world leaders. Next, reports focus on significant events in the rest of the world, and then on significant national events. Weather is given in the last portion along with a human interest or economic success story at the end. Local and regional stories may be presented by local broadcasters following the national news.

To be sure, the perspectives presented by US media and Chinese media are different. But the regular inclusion of stories from other countries gives the average Chinese person a wider view of international events than most Americans may have. The average person in China may be aware of events in France or Germany that the average American knows nothing about, simply because stories from other countries regularly appear in the evening news. 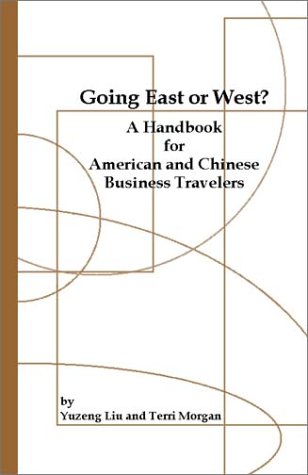 Working with an Interpreter

Tips for Helping Your Interpreter