In 1991, I was teaching at Luoyang Technical College. I wanted to go to visit the Shaolin Temple. Another teacher helped arrange it — with all the students able to go. She suggested it be a field trip. Two busses, a narrow cliff and a bumpy ride later, we arrived.

I’ve been to visit again twice. The stone floors and interior chambers amaze me. The Hall of 500 Buddhas, each with their own expressions and postures, was a marvel.

I was privileged to have studied with Shi De Yu (Professor Liu Yuzeng) and to have had the chance to learn some of the Shaolin Lohan system from him. While I appreciated what Prof. Liu and the practice of these arts taught me about movement and applications, my preference was to focus on the internal arts – taiji, xingyi, and bagua. There was so much to learn and so little time. I had to choose. 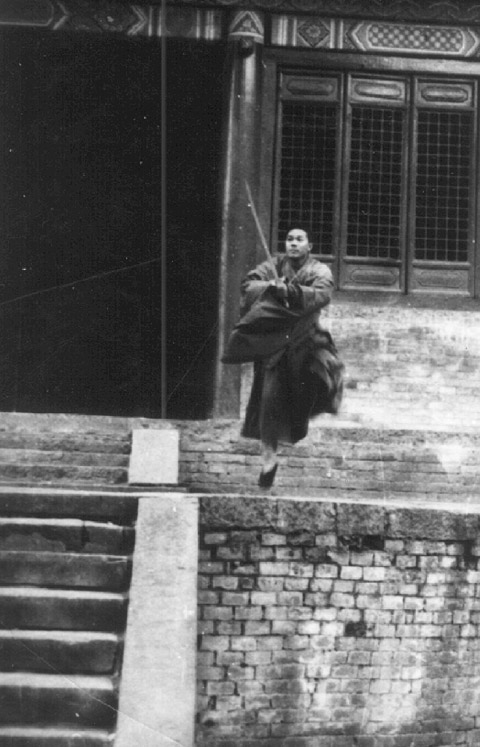 Prof. Yuzeng Liu (Shi De Yu) has written extensively on Shaolin arts. His work appears in many books, magazines, and journals. Some of that material is available in the Chinese section of our site.

Among his works are several sections in the definitive Encyclopedia of Shaolin Martial Arts. The books contain documentation of hundreds of forms and practice methods along with the full history and lineage of Shaolin from Da Mo to the present day (when they were published).

At that time, Liu Yuzeng was listed as one of thirty-six members of the current generation of Shaolin martial artists who are recognized as disciples.