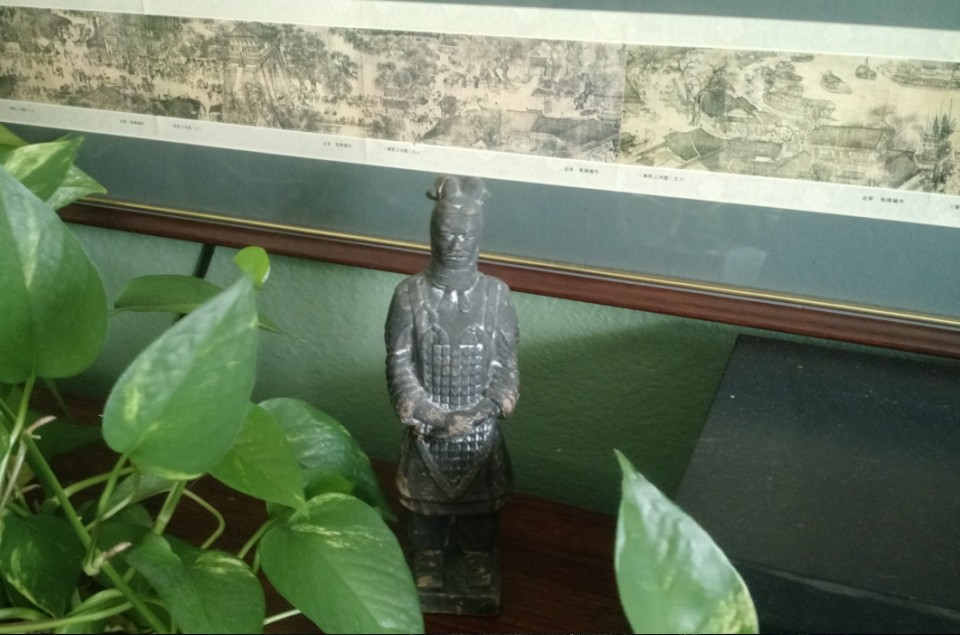 Deciding that nothing will happen today seems counter to what most of us want. We like new things to come into our lives. But what about when you don’t want something?

There’s a connection to what we have in taiji as the concept of “kong jin” (空劲）which literally means empty strength. Empty strength? Aren’t the concepts of strength and empty opposed? Don’t you have to have something to have strength? How can empty be strong?

It seems paradoxical. And yet, it makes perfect sense once the meaning of empty is understood.

Being empty is not passive. It is not weak. In fact, it takes much more skill, self-discipline, and control to become and remain “empty.” Consider the concept of Lao Zi “doing by not doing.” In fact, not doing something (especially if it’s something we want to do), takes much more self-awareness than most of us realize. Sure, we learn as children what we should and should not do. We learn self-restraint, mostly. But actively “doing by not doing” is something beyond that.

Suppose I am sitting comfortably. A small buzzing insect comes along. I find it annoying. I could swat at it. I would be doing something to try to make it go away. That is what I want, the insect to go away and not bother me. But swatting at it only makes it more active, more annoying.

Consider what the real question is. Hint: It’s not the insect.

The real question is that I wanted it to … not bother me. That is the source of all annoyances. It’s not the annoyance, it’s being bothered by it. That said, it’s really hard to not be bothered by some things, including small insects. But it can be done. So one solution is to do nothing. Seriously. Do nothing. Don’t swat at the insect, acknowledge that it’s annoying, but don’t focus on it. By not focusing on it (not doing), now it’s been rendered inert – it’s not annoying because I am not annoyed by it, something else is more important and has my focus (doing).

Not doing requires the ability to “be empty” such that whatever enters, passes through.

In taiji push hands, this skill can be used to misdirect the opponent or gain the advantage. When the opponent attempts to grab, using normal strength, applying “kong jin” (emptying), leaves nothing to grab. It is as if the opponent can only snatch at the air with nothing to hold on to. This is doing by not doing as well.

So what does this “empty strength” and “doing by not doing” have to do with whatever may or may not happen today?

But if I decide, consciously and deliberately decide, that I am not going to allow anything to annoy me; that nothing will happen today because I have decided it won’t, that makes all the difference. I may acknowledge it. But then, I consciously let it go – empty – and so I am not annoyed. This seems simple. It is. It’s also difficult to actually accomplish and sustain.

My teacher told me stories of his grandfather, Liu Wenzhou. He was an accomplished martial artist and, among other things, a bodyguard/security escort. If someone was traveling with goods for sale, they might hire him to ensure their safety. His job was to make sure nothing happened. How did he accomplish this? He knew everyone along the way and they knew him. He stopped for tea and to chat. He didn’t want to fight. He could. But he didn’t want it to be necessary. As Sun Zi taught, it’s better to win without the need for fighting.

Today, so many of us are staying home and keeping away from others. Most of…

Honesty, integrity, honor, and courage are required. They are not optional. Normally, I keep my…