Terri Morgan has contributed to the development and promotion of Chinese Martial Arts in the United States since the mid-1980’s. She has been an advocate for improving understanding and practice of the arts, first as a competitor and then as a judge and researcher.

Terri is active in the technology profession as a software developer and webmaster. She has developed multiple language web sites (including this one), worked with large and small business clients to enhance their information management strategies, and managed several international business initiatives.

Terri has studied taiji and other internal arts for over 20 years. For twelve years (1985 – 1997), she consistently earned medals at US national and international events. After retiring from competition, Terri has remained active as a judge and performer at numerous exhibitions.

In business, she has management, general and technical (IT) experience, manufacturing experience, and is Six Sigma certified. She has an extensive collection of published work, much of it related to her work with technology and multiple-language software development. She has been recognized for her professional contributions. Terri has been an invited speaker, presenter, and performer at national and international events.

Terri holds a Bachelor’s degree in English with minors in Psychology, Theatre / Dance, and Languages from the University of Missouri at Kansas City (1982). In 1983, she entered Florida Atlantic University to work on a Master’s degree in Linguistics. In addition to English and near-native Mandarin, she has studied Spanish and can read a little French, Italian, Portuguese, German, and Classical Greek.

Terri has been a senior member, chapter past-President, and ITPC (International Technical Publications Competition) Judge for the Society for Technical Communication. She has also been a member of the National Association for Female Executives and the Independent Computer Consultants Association. She has served as an advisor for Junior Achievement’s Globe program, a judge for SIFE’s National Competition (Students In Free Enterprise), and an advisor for NSTEP (National Science and Technology Education Partnership). She is an active member of Mensa. She is regularly invited to review technical presentations for several international groups. In 1995, Terri was included in Two Thousand Notable American Women and the World Who’s Who of Women.

In 1984, Terri began her study of Taijiquan (T’ai Chi Ch’uan). The basic principles of balance, timing, and body placement followed easily from the discipline she had acquired for dance. 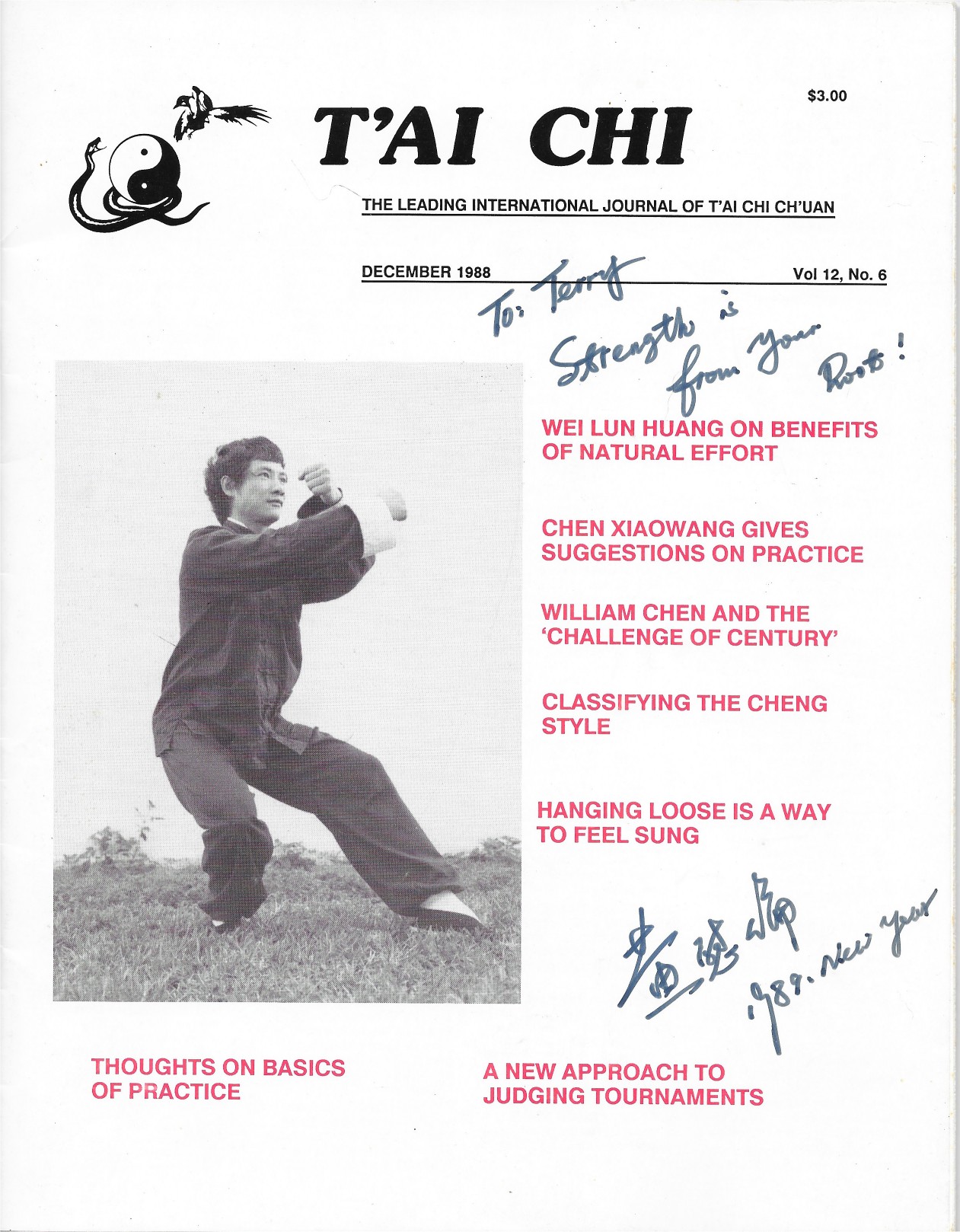 In 1989, Terri won first place in Yang style taiji at the first US National Chinese Martial Arts Competition held in Houston, TX. Of all 55 competitors entered in the division (men and women), Terri earned the highest scores.

This marked the beginning of a period of change and growth which led her to the International All Taijiquan Tournament in Winchester, VA during the summer of 1990 and then on to China.

Besides participating in the competition that year, Terri had the opportunity to meet and study with Master Yang Zhenduo, the youngest son of the style’s founder Yang Chengfu. On returning home to Miami, Terri received a letter offering her a job teaching English at a small college in Luoyang in the central province of Henan in the People’s Republic of China. Terri lived in Luoyang from October 1990 to September 1991. While there, she had a second opportunity to go to study with Yang Zhenduo in his hometown of Taiyuan in Shanxi province.

In September of 1993, Terri opened a taijiquan class at the University of Missouri at Kansas City’s Swinney Recreation Center which she taught until 2001. In 1993 and again in 1996, Terri applied for and was awarded the US

Presidential Sports Award for her commitment and dedication to teaching Taijiquan.

For 30 years, Terri traveled back and forth between the US and China to continue her studies with Prof. Liu in Zhengzhou. Her studies and interests have taken her to many cities and a few countries. She continues teaching, research, developing her Chinese language skills and working on her own martial arts practice.